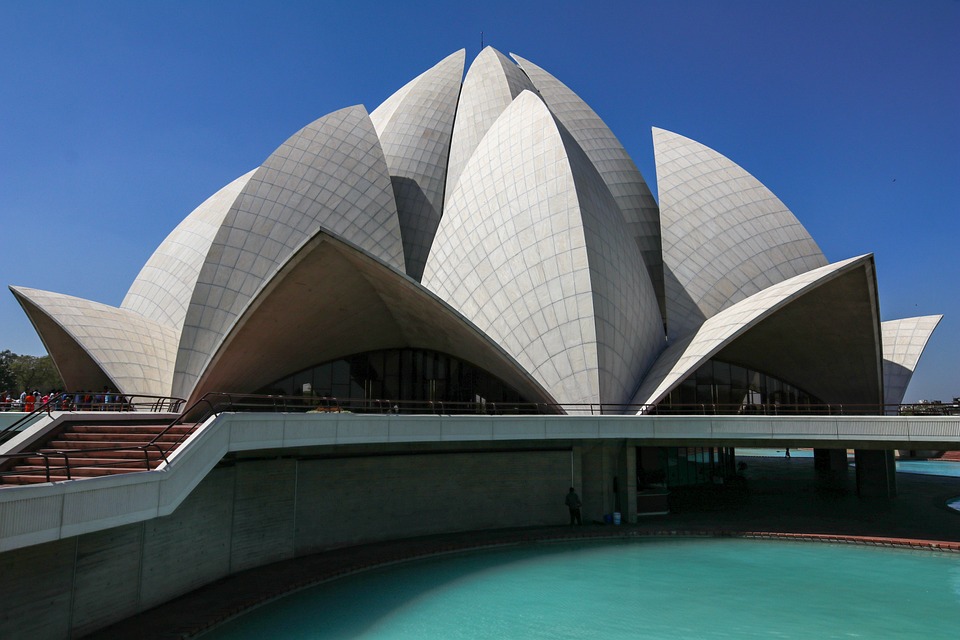 Who doesn’t love a place of worship and peace especially in a busy city like New Delhi? The famous Lotus temple Delhi is a must-visit place in Delhi.

With further moving about Lotus Temple let us first talk about Delhi, Delhi is the capital of India and an important city in India. Delhi has been a place for hangouts and trips, people from all over go to Delhi for a visit for its monuments, street food, and temples.

Amongst some must-see places there is the Lotus temple Delhi, which is visited on an average of 4 million people every year.

The famous Lotus temple Delhi is known popularly for the peaceful environment where people are usually seen meditating. It is meant for everyone to go and pray and meditate.

People also call it the mark of unity in India as the lotus symbol represents a part of Hinduism, Jainism, Islamism and Buddhism, and hence the unity is seen and anyone can enter this place for seldom and peace.

It’s also called the Bahai’s house of worship, it is not limited to a particular religion, it is open for anyone and everyone, that is the speciality of the place. The best part about this place is that there is no fee charged what so ever, and hence it literally is a place for everyone and anyone to visit with no restrictions.

Things to do in the Lotus Temple

The Lotus temple Delhi will take about 40-50 minutes for anyone to roam around the place, in this temple it will take you through the architecture and also the Bahai’s faith and prayers. It is interesting to learn about this faith as it is not really talked about elsewhere in our country.

The prayers which goes on for 5 minutes is the time where every religion’s prayers are told out loud in all the time slots in the entire day.

A very fascinating section in the Lotus temple Delhi is their library section where there is all the information provided in the form of texts, everyone can go there and gain their information. It is a very fascinating place after all there are many secrets and ravishing facts that can only be found there.

Note: Children below the age of 12 are not allowed into this information center/ library, it is a strict rule followed.

Other than libraries the other way of gaining information was when they showed movies in both Hindi and English languages, it started at 5:00 pm and ended by 5:30 pm.

There will be volunteers present at the entrance gates who will help anyone who seeks guidance and needs a tour of the place, they will guide them throughout giving out all the information needed.

Can you take photographs?

If you really want to click some pictures of the beautiful place then you must get a permission letter from the authorities and after the permit you can click pictures.

Bahai religion is not much heard of, about less than 5 million people follow the Bahai’s religion in our country.

Not many have heard about this religion until one of the most exquisite temples in our country was built, the Lotus temple Delhi.

Bahai’s religion was found by Bahaullah, he hailed from Iran and was born on 1817. he was deeply fascinated by a movement called Babism which meant that every human was meant to be united irrespective of their faith they followed/ religion.

He then started Bahai religion which meant solely to unit everyone. The name Bahai came from his name Bahaullah.

He considered himself a prophet who was meant to uniting all religions and people together and hence for his beliefs he was not appreciated and exiled which led to him moving to Palestine and there he passed away at the age of 74.

Make sure to check the lotus temple timings before you visit the temple.

How to reach Lotus temple?

If you want travel to the Bahai’s house in the cheapest form of travel then do use the metro, it is easy to get there by this means. Delhi metro is connected to almost all the parts of the city and the Bahai’s house of worship is one of them.

You can get down at the Nehru place metro station from there the Lotus temples is 15 minutes away one can take an auto or can walk.