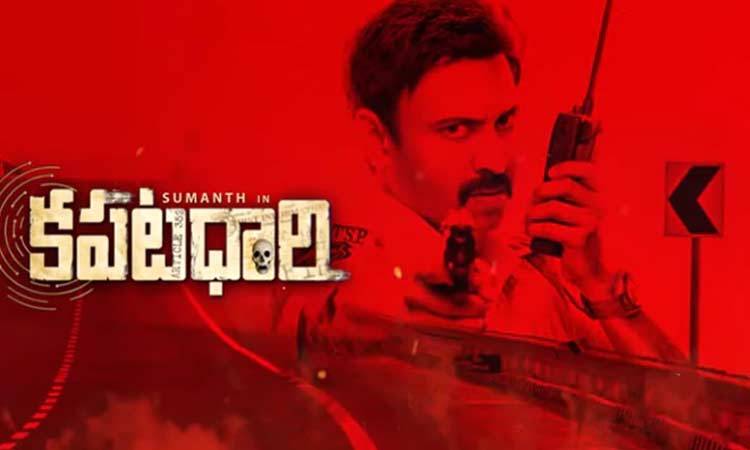 It would be nice if some remixes didn’t leak. There is no other risk than taking a Kannada remake over and over. The Telugu remakes of most of the successful films there have a high percentage of failures. There are lots of examples of that. Recently, the Kannada movie ‘Kavaladari’ was remade in Telugu as ‘Kapatadhari’. Let’s find out how.

During excavations near Warangal in 1977, the Archaeological Department found some Kakatiya jewelery. Their value is around Rs. 70, 80 lakhs. Due to political tensions in the town, the jewelery will not be moved to Hyderabad and will be kept in the office there. At the same time, one person from that department is killed and another goes missing. Also, the actress’ jewelry disappears during the Kakatiya period. After some investigation, the police close the case due to lack of proper evidence. At present Sumant is a traffic inspector. Some skeletal cages were found in a trench taken for the Metro Rail pillars near where he was on duty. The story of ‘hypocrite’ is how Sumant showed interest in this crime case even though it was not within his purview and solved it.

The movie ‘Kavaladari’ released in Kannada in 2019 was a success there. With that, Tamil producer Dhanunjayan remade it in Telugu with Sumant and in Tamil with Sathyaraj’s son CB. The Tamil version was released on January 28 and the Telugu version was released on February 19. The film runs very sloppy from beginning to end and tests the patience of the audience. The main reason is the lack of actual strength of the point that the hero shows to take up a case that has nothing to do with him. Also, unless the director shows the story he has written as scenes, we will not find any unexpected twists or interesting elements in it. It is ridiculous that the hero reverses the forty-year-old case and seeks the help of the then investigating officer, so he jumps off the walls of the house. Director Pradeep Krishnamurthy concludes it with a police mark solution in the climax, showing the dark side of the lives of political leaders. Such climactic scenes are not new to the Telugu people.

When it comes to cast, Sumant has never done a role like this before. So he worked hard on his own. For him, there is no impressive scene between the heroine character Nandita Shweta. Also, the dubbing told to Jayaprakash, who acted as Lockup News Editor cum Publisher, is very embarrassing. Nazar’s character was also not properly designed by the director. He made no attempt to show anywhere how he lost his wife and daughter. All but two of the three actors acted in both languages. However, Suman Ranganath, who played the movie star, as well as Sampath, who played the CM, played the same roles in all three languages. Filmmaker Dhanunjay and director Pradeep Krishnamurthy also gave guest appearances. Simon K King’s background music is the only thing that impresses throughout the film.

If you go to a ‘hypocrite’ with any expectations, you will be disappointed. Crime thriller movies are okay for those who want to watch them anyway!