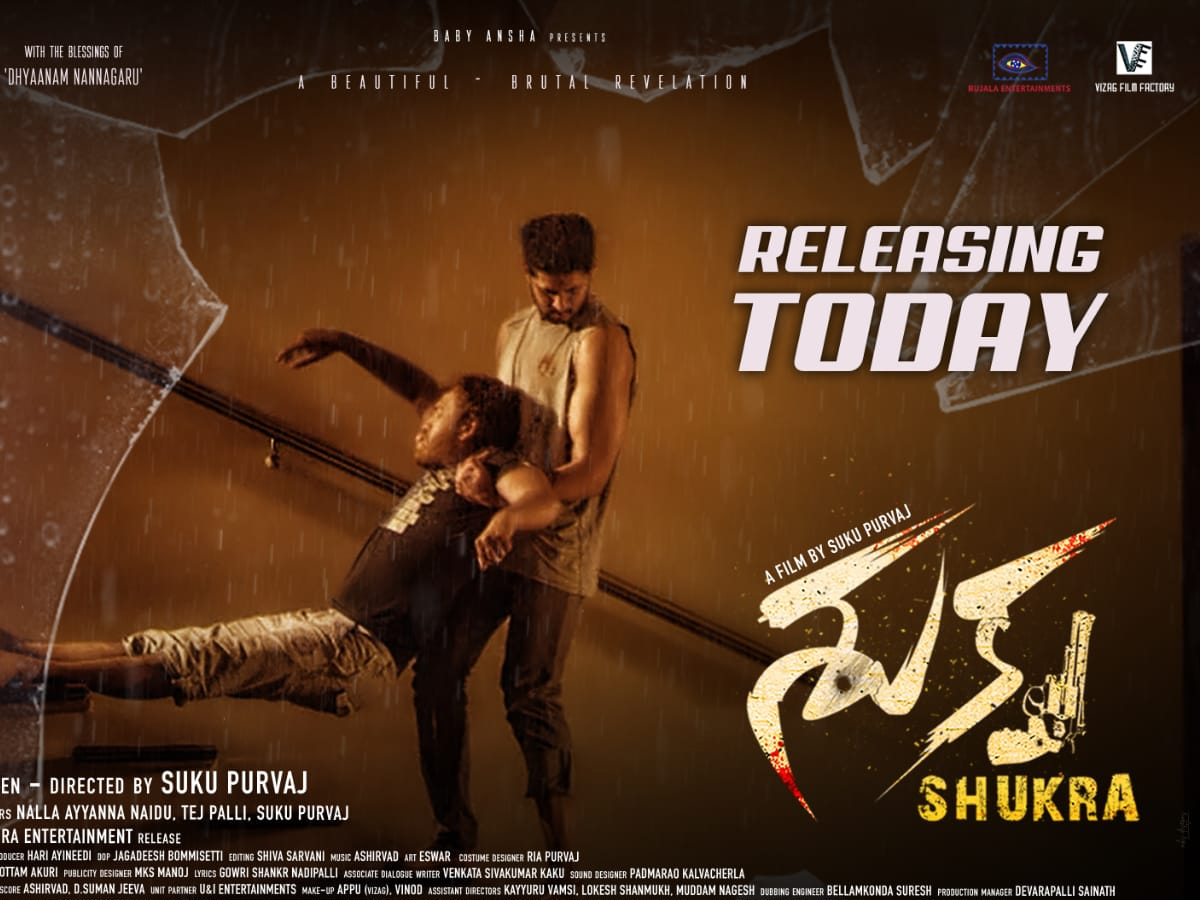 The capacity of theaters in Andhra Pradesh has been reduced to 50 per cent. A night curfew was imposed in Telangana. In this context, many are skeptical about whether the new films will be released on Friday. It seems that one of the two producers wondered why they should not release their new films when ‘Vakil Saab’ was playing in theaters. ‘Shukra’ is the movie that people came up with on Friday. It was built by his elder brother Naidu Nalla, Teja Palle under the direction of Suku Purvaj.

When it comes to the story… Willie (Arvind Krishna), Riya (Shrijita Ghosh) are husband and wife. Willie runs a variety of businesses and incurs losses. Riya loves modeling and fashion shows. The two come to Vizag together and put up a new canopy there. At the same time, Vizag is targeted by a gang of robbers. Ricky robs bungalows far from the city, robbing and killing people in them. Willie, who is a bit busy professionally, arranges a pool side night party at his wife Ria’s birthday party at home. The two of them are close friends and just nine of them attend. But in the movie Marnadu, three people are killed by dawn. What actually happened there that night? Who were the perpetrators of those murders? Who would have thought that Willie would come home and commit so many murders? Did the gang of thugs in Vizag have anything to do with these murders? That’s the rest of the story.

Promoted as a New Age movie, ‘Shukra’ is actually a thriller movie. That’s not even Murder Mystery! Almost the entire movie takes place in the same building. The second half is interesting as the interrogation in relation to the murders, so that new characters enter. However, at the end of the movie, the director ends up staring at ‘Shukra-2’ without answering many points, much to the disappointment of the audience. In fact most of the scenes in it are the ones we have seen in some movies recently. There have been a few movies about murders and inhumane acts committed by thugs gangs. As well as the place of drugs in in-house night parties, we have seen its consequences in some films. The director has added a new item worth crores of rupees to it. Although the beginning of the film is interesting, after that, when the original story begins, it seems to test the patience of the audience. No matter how long the story goes on కావచ్చు The director may have decided to cut it into two parts beforehand… The movie goes on and on. Otherwise, ‘Shukra’ would have been an even better movie if the director had said what he wanted to say as a single film in short and sweet.

Arvind Krishna, who has acted in different story films like ‘It’s My Love Story, Rishi, Adavi Kachina Vennela, Mana Kurralle’, has not had a break yet. Yet the player in him is making new attempts without getting frustrated. Although Arvind acted in ‘Shukra’ with a slight gap, it did not give such a great result. Also, Shreejita Ghosh, who played the heroine, remained just a glamor doll. The director was also unable to get the acting right from the rest of the cast. Shortly after the second meaning, we get a clarity about the dead. Jagdish doll cinematography is not fair. Ashirwad music is good. Most of the flat scenes in the film are slightly elevated due to their talent. The director should have done a little more homework on the script. Editing should still be sharp. But the hands are of no use holding the leaves for a long time. Although director Suku Purvaj is hoping for a sequel, those who saw the first part will not dare watch the second part. Not all of this, but it would have been nice if the original director had chosen the ‘Venus’ storyline and made it into a web series !!

Tagline: ‘Venus’ is not a blessing!