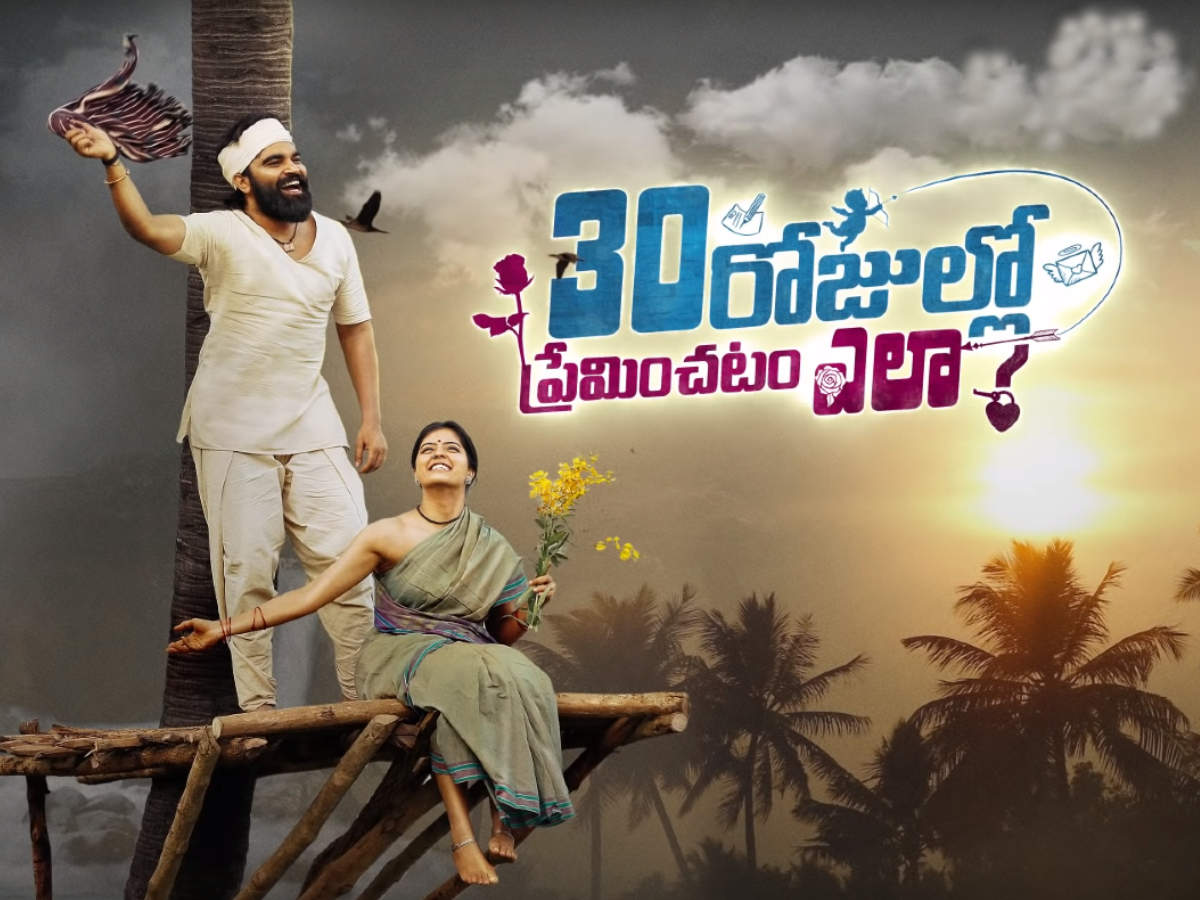 Recently released before mesmerized movie with music ‘How to love in 30 days?’ Whether the song ‘Blue Blue Sky’ was released or not, it went viral. One year after the song’s release, the song garnered three hundred plus million views, one can only imagine the level at which it became a hit, which naturally raised expectations for the movie. This is what’s the hype in this weekend’s released movies పైగా everyone’s focus is on you… and on that level ‘How to love in 30 days?’ Let’s go into details to find out if there is

In 1947, that is, before we got independence, a boy and a girl in a remote village in Uttaranchal fell in love. The boy falls in love with the girl and wants to make gold glasses for the girl with the prize money by beating the mad British in wrestling. But if he thinks of one ై God thinks of another. Coming to the present those two are now reborn as Arjun and Akshara. Joins the College of Engineering in Vizag. And how did ’30 days of love ‘come about between the two? Why did love actually have to be born? That’s the rest of the story

Naturally when any artist wants to be introduced as a hero he wants to impress the masses by doing… dances, fights. But anchor Pradeep wanted to hit the marks not only with these two but also with his performance. He had some image as an anchor so he chose a story that suited it. Although the first half was a youthful love story and a story of two births, the second half took a turn beyond that. From there, the nurturing of the characters of Pradeep and heroine Amrita Iyer became crucial. In addition to that, Mother Sentiment and Daughter Sentiment were also mixed in it before the director.

There is a lot in Pradeep acting. The all-rounder seemed to impress not only in the fun scenes but also in the sentimental scenes. Also, Amrita Iyer, who acted as an innocent girl in ‘Red’, showed another angle in herself with this movie. Hema, Shivannarayana and Posani acted as the heroine’s parents. Viva Harsha and Bhadram try to cultivate comedy as hero friends. Shubhalekha Sudhakar and Achanta Mahesh acted as disciples.

When it comes to technicians అన Anoop Rubens is the main reason for this movie to get so much hype. He took the movie somewhere with a single song. The other two songs are also good with catchy lyrics. The Amma song that comes in the second half also has OK ఓ meaningful lyrics. Cinematographer Shivendra also tried to make every frame of the film colorful with the super పాటు araku beauties along with the re-recording of Anoop. The words written before the director are also good. However,… there are a lot of unnecessary scenes in the movie ప్ర It would have been nice if Praveen had cut some comedy episodes that missed the track without falling flat. Most importantly, imitating the comedy track in ‘Patas’ డం Mother’s class for girls in hostels is embarrassing… all test the patience of the audience!

As this is the first film for Pradeep as the hero and then for director Munna, Annaprasana wanted to eat avocado. I don’t know if there are tears in their eyes but it is certain that the eyes of the audience who watch the movie are bored. Everyone agrees that cinema is illogical, but it would be nice if it was a bit new instead of routine entertaining scenes. Producer SV Babu did not hesitate in terms of cost but did not seem to get any less reward.

In the finale, the unexpected hype is a curse for the film. Yeta Vata impressed the first half of the youth. We come out frustrated after the second half. Apart from the lack of other competing films, it remains to be seen whether Pradeep Image and Anoop Rubens’ music will do any magic.

Bottom line
More to OTT. Less to the theater