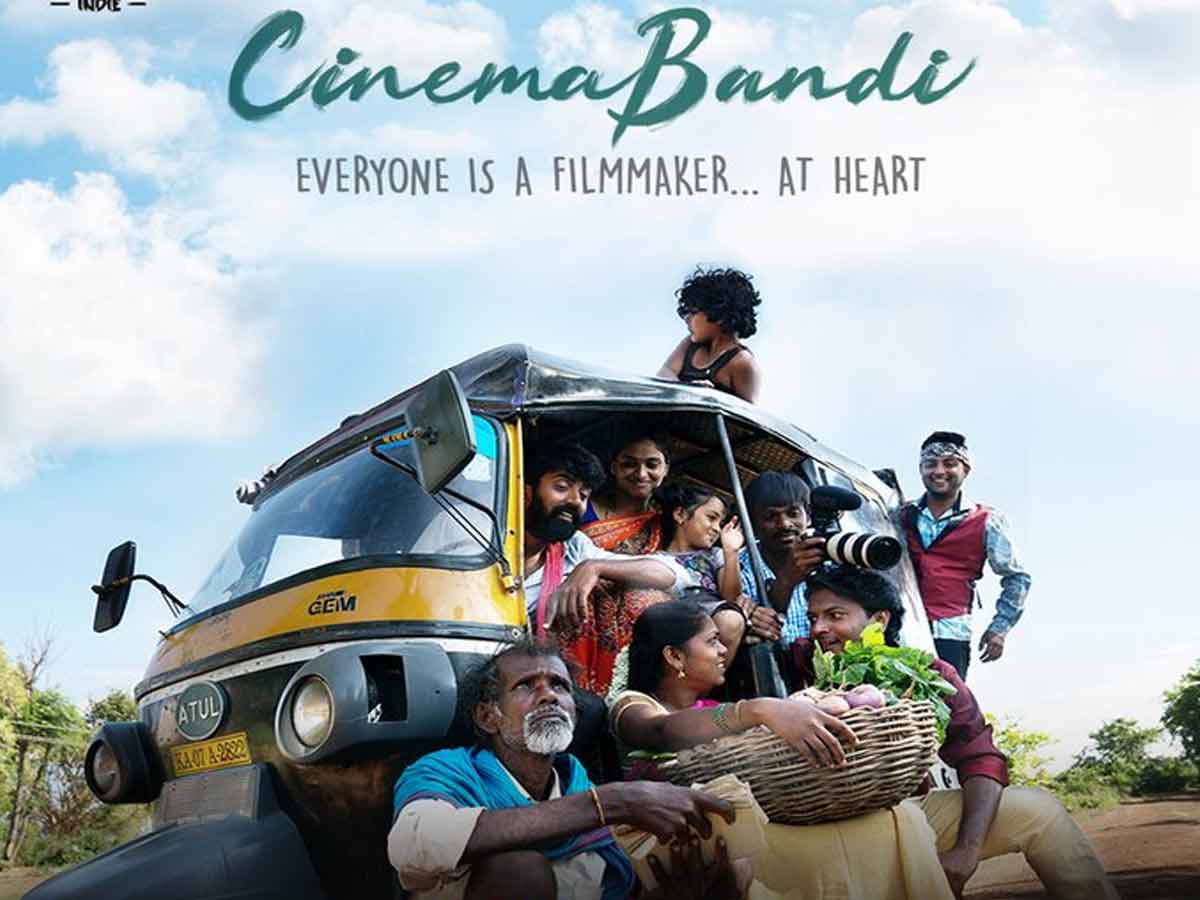 In the meanwhile Aha is the dream film company for OTT మెయిల్ Produced a film called. In the new age of computers, the story of how a village boy struggled with it was mixed with a cool love story. Now, the major display producers, as well as the introduction of a director kandregulanu Praveen Raj, DK సినిమా బండి The film was produced. The film tells the story of a man who drives an auto in Palleturi and finds a camera with it. The movie has been streaming on Netflix since May 14th.

The story takes place in a village called Gollapally on the border of Andhra and Karnataka. Veerababu (Vikas Vishishta) is an auto driver. Wife Gangotri (Sirivennela Yanamadala), has a baby. One day someone in his car forgets the costly camera. Though he initially thought of renting it out, Veerababu had an idea of ​​what it would be like to make a film with the help of his friend, still photographer Ganapathy (Sandeep Varanasi) in the village. Veerababu gets fixated when he sees in the movie news that films made in the background of Palleturi are also collecting Rs 100 crore. The film begins with Mauridesh (Raga Mayur), who runs a saloon in the same village, as the hero, and his girlfriend Manga (Uma), a vegetable seller, as the heroine. Veerababu, who started the film by finding the camera in the proverbial Taraha who went to buy the horse that Nada was found, says that Ganapathy really faces a lot of film difficulties. Did you face them and finish the movie? Did those who came looking for the lost camera find it? Or not? Is the rest of the story.

Many people think that film making is simple. Some believe that the film was made with money. And for some as a baby gets older, he or she will outgrow this. In fact, in order to make a film, one has to have money, eloquence and passion. Only then will the film come to life. If it stays and the movie starts, the self-confidence to endure any hardships will automatically melt away. Although Veerababu did not know anything about film making, his quest to do something drove him towards the goal. Although nature did not cooperate at times, the whole village stood behind him at the sight of his psyche. His goal was not to make a movie, but to make his own village better, so that they could change their minds and help him. If so, how can the film be made without getting popular !?

సినిమా బండి The same thing happened with the movie. Producers Raj and DK teamed up to create a cool rural story film based on the passion of the audience. The selection of knights is great. Not only that, they all danced naturally. The conversations are the same. Satyavolu Shirish wrote a song for the film, composed and sang it himself. Varun Reddy sings another song with Tarun Bhaskar along with Roll Ride. These songs stand out from the crowd in the film. The beauty of the village, kill innocent creatures gestures. Rare ammonite, YV Sagar well have been captured. Editing by Kakarla Dharmendra and Garijala Ravi Teja is also sharp. The film manages to entertain as well as inform. The film, which is only 98 minutes long, takes me to a village in the middle of nowhere. When Veerababu and Ganapathi are having a hard time making a film with the unknown, on the one hand there is laughter and on the other hand there is an unknown suffering in the mind. This is after the completion of the film గొల్ల‌ప‌ల్లి వారి చిత్రం Satisfied to see. If not here’s a new product just for you! But why not make it your own?

The film was originally produced by Raj & DK for a theatrical release. But instead of doing so, it seems like the right decision is to release it in OTT. If it had been released in the same theaters, there would have been no doubt about its commercial success. Movies like this are OTTK Correct! Expect more sensible movies from director Praveen Kondregu in the coming days.

Plus points
The natural look of the actors
Cinematography, music
The genius of vision
Movie background

Minus points
The accent is hard to catch
Limiting entertainment