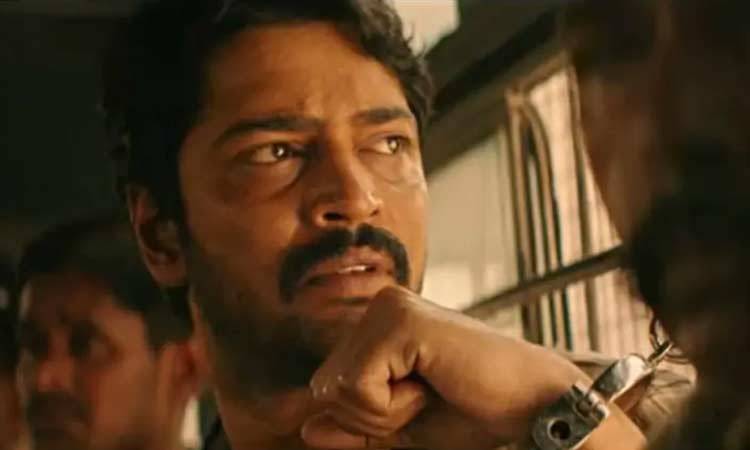 The name of the first film before the name ‘Allari’ was put at any moment but Naresh got all the Allari Chillari entertaining films. Of the 57 films that Naresh has acted in so far, Naresh seems to have done some different roles in the above seven films. Another film that came in that category was ‘Nandi’. ‘Nandi’ also stands opposite the films that have cast the actor into Naresh, who is branded as a comedy hero. ‘Nandi’, produced by Satish Vegeshna and starring Vijay Kanakamedala as the director, came out on Friday.

When it comes to the story. Bandi Surya Prakash (Naresh) Software Engineer. His parents and friend Santosh (Praveen) are his world. After getting a job, he decides to marry Meenakshi (Navami). As soon as Surya becomes a householder, he is arrested by the police in connection with the murder of civil rights leader Rajagopal (CVL). His life in prison will last for five years. How did Surya get out of jail with the help of Lawyer Aadya (Varalakshmi Sarath Kumar)? How did he legally retaliate against those who imprisoned him for a crime he did not commit? That’s the rest of the story.

Court dramas have already come a long way in Telugu. Some films also show how innocent people spend years in prisons. The release of those convicted of a crime they did not commit is a good omen for most movies. But the ‘Nandi’ shows how the persons responsible can be kept in the court cage under Section 211 of the Indian Penal Code. Director Vijay Kanakamedala tries to show how police officers can join hands with politicians and how they can be bound by the judiciary. This is a slightly different film to routine court dramas.

Naresh has previously acted in ‘Nenu’, ‘Gamyam’, ‘Shambho Shiva Shambho’ as well as in the recent ‘Maharshi’ films. In a way he worked even harder. Not flattered to star in bold scenes. Under trial showed the prisoners’ grief through his acting. This is the first Telugu film for Malayalee girl Navami. It seems that the producers have chosen a heroine who is inferior to Naresh Haight. Varalakshmi Sarath Kumar led the second half on her shoulders, though the lawyer made a late entry as the first. Devi Prasad as the hero’s father, Harish Uttaman as the CI Kishore, Vinay Verma as the former Home Minister, Krishneshwara Rao as the thief witness and Srikanth Iyengar as the lawyer. Priyadarshi and Praveen have done full justice to the characters who stand by the hero.

When it comes to technicians అబ్బ Abburi Ravi impresses by using thrifty, meaningful words without writing a few pages of dialogue in this court drama. The background song written by Chaitanya Prasad elevates the theme of the story. Sricharan‌ Pakala music, Sid cinematography is good. Though new, director Vijay screened it as a veteran. The movie goes on nicely till the end without getting bored anywhere. However, there is not much force on the point of killing a civil rights leader just to divert media attention. It would have been even better if Rajagopal, who had met the Union Minister for the release of the undertrial prisoners, had been shown to have been murdered on the same issue. No longer is there evidence of how the hero in the climax appeared in the court cage with horrific injuries. In fact the tempo in the first half was somewhat missed in the second half. The second half was reminiscent of a routine formula movie.

Aside from the commercial success of the film, the producers of the film should appreciate the early selection of such a story. For those who want a slightly different story, for those who like cord dramas, ‘Nandi’ is a favorite. Especially Naresh’s performance too!

The novelty of the story
‘Allari’ starring Naresh
Talents of technicians