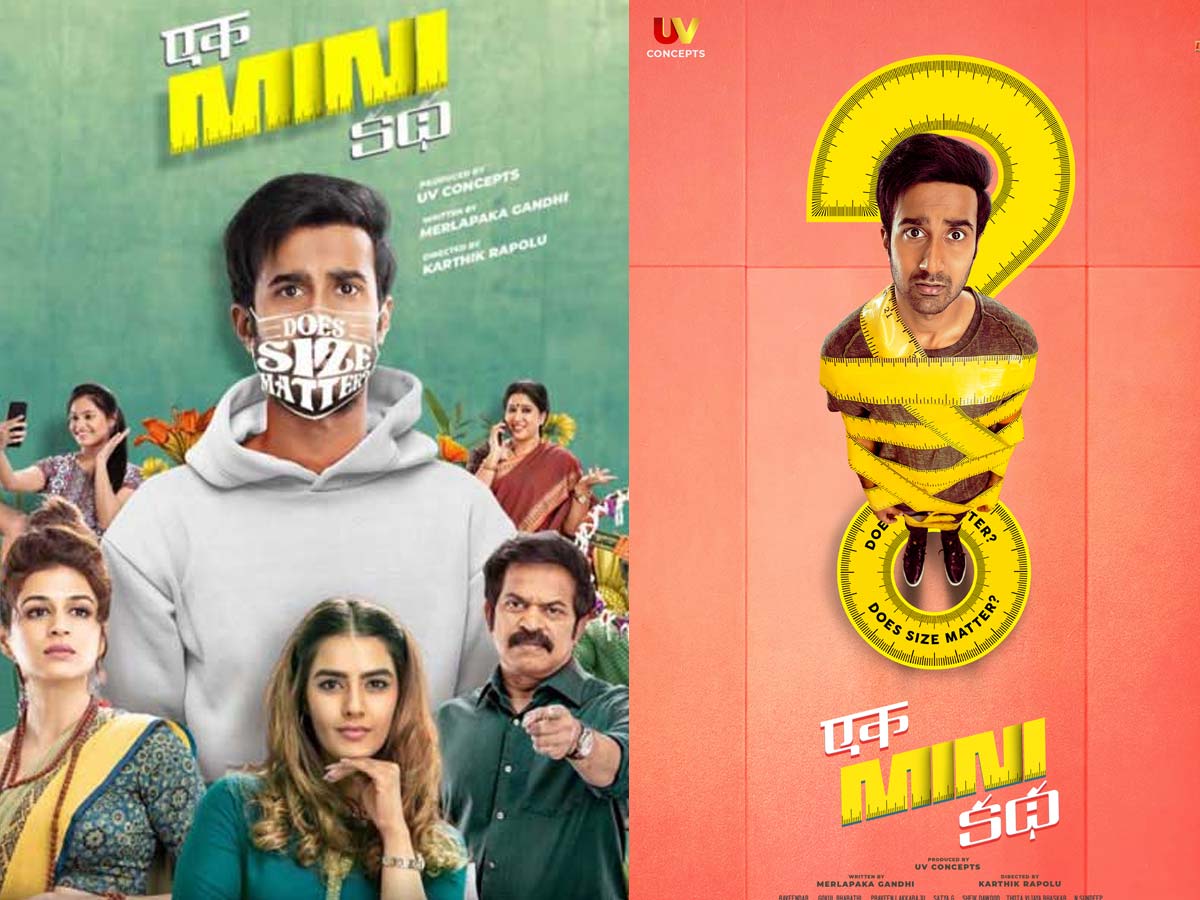 The films that came under the banner of the leading production company UV Creations, the films that it co-produced with another banner were very successful. UV Creations also has a good reputation for making concept oriented movies. It was only when another brand banner was put up under the name UV Concept from such a company that the people got the feeling that something was special. The first film to come under that banner was ‘Ek Mini Katha’. This adult comedy movie is expected to release in theaters by the end of April. But Corona has been streaming on Amazon Prime since Friday due to that.

This is a mini story as the name suggests! Santosh (Santosh Shobhan) has been suffering from Small Penis Syndrome since childhood. He is reluctant to even tell his parents about his problem. If someone in front of him uses the word ‘Big’, he gets very irritated. How to grow a penis? Looking at the answers to the question on social media and putting it into practice will not have any result.

He decides not to get married. But after seeing Amrita (Kavyathapar) he falls in love. He hopes to find a solution to his problem with the operation. When that doesn’t happen, he tells her he wants to get married. But their marriage is going to happen under unexpected circumstances. What happened after that? How did Santosh get out of Small Penis Syndrome? Is the rest of the movie.

Young director Merlapaka Gandhi has already made three films. Now he is working on a Hindi remake of ‘Anthadoon’ titled ‘Maestro’. Merlapaka Gandhi, who has so far made his own stories into films. For the first time he presented the story to other people. The story and lyrics for this ‘Ek Mini Story’ are written by him. With this movie, Karthik Rapolu was introduced as the director. In fact it is a bit embarrassing to make a film with such a sensitive point. Any hesitation in telling the story will lead to criticism that it is the worst story.

Merlapaka Gandhi wrote this as a family entertainer not to allow it. But the same big blow. If it’s taken as a full – fledged adult comedy, it’s a different story. Anyone in the category who owns it and enjoys it. But it is different from Atu. Can’t watch this movie with family… Pony O single point doesn’t mean your movie will go on. Kichidi is a combination of various elements.

Every boy will continue to suffer from this small penis syndrome at some point in life. If you look at the answers to sex specialist questions in magazines, half of them are related to these. But they are also saying that evolution is not the key. The movie is about a well-educated boy whose hero. It is a comedy that he is also terrified with the same suspicion. In fact it would have been better if he had shown that his parents were more concerned about that.

Moreover, the father misunderstood every action of the hero and presented it to others in the wrong way, which was not very impressive. The role played by Shraddhadas is also not effective. Despite her sympathy for the hero, she drank marijuana in his house and Adola could not be bothered. And all the relatives finally meet each other on behalf of the hero’s mother, and on behalf of the heroine they take her to the birthplace, all of which are very, very dramatic. Not only that but something made me feel wrapped up in a hurry.

When it comes to the cast, director Shobhan’s son Santosh already has the experience of acting as a hero in two or three films. With that, he did this role easily. The heroine Kavyathapar has previously acted as the heroine in ‘Ee Maya Peremito’. The beauty is well on screen being a girl with a moon. Shraddhadas has gone without clarity in characterization. Roopalakshmi and Brahmaji play the parents of the hero. Pinde who hit similar roles for Brahmaji. Well done. Sudarshan, Harshavardhan, Posani and Saptagiri did their part to provide entertainment. Comedy exploded in some places, not exploding in others.

It doesn’t even make sense when any character comes on screen and how it goes. But most of the artists are in it. Punch dialogues written by Merlapaka Gandhi are good. It remains to be seen whether the producers will not compromise on construction values. The songs written by Bhaskarabhatla and Shreejo are contextual. Praveen Lakkaraju background music is ok. Gokul Bharathi’s cinematography is also nice. The family will not be able to watch the film, which is airing on OTT due to Corona. Since the censors also said they were only for adults. Whenever possible you should have fun watching this movie for time pass.

Minus point
Weak story, narrative
Climax ending in a hurry