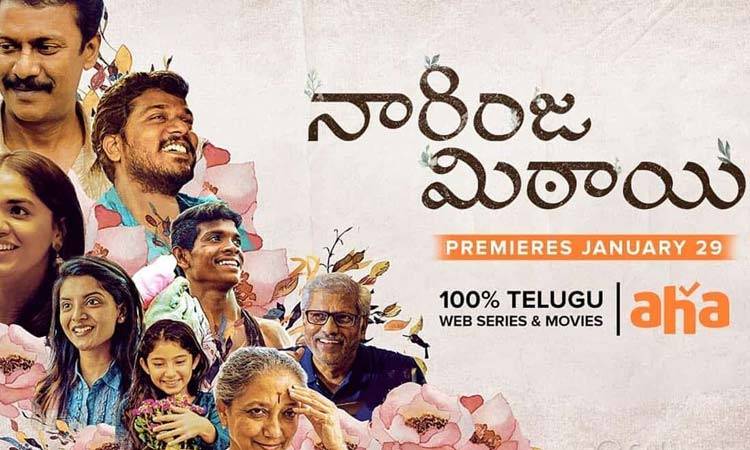 Naturally anthology means how many parts are there… we see so many people directing. But all four parts of it were also directed by Halita Shamim. This is his second film.

The first story ‘Pink Bag’ is about children. The corporation belongs to a boy named Manja who climbs the garbage in their garbage yard. Manja becomes accustomed to collecting items in a pink bag lying in those garbage cans. Osari gets a walkman in that bag. Once again a ring also appears. The episode summarizes how someone found out about the ring and Manja returned it. The director shows in it that even the worst climbing children have a sensitive mind. While Rahul plays Manja, Sara Arjun plays another key role as Mitti. We saw Baby Sara in the Tamil dubbed movie ‘Nanna’ and in ‘Dagudu Muthala Dandakor’.

The second story ‘Ka Ka Gaadi’ is about a boy who works in a private company and creates fun memes. He gets cancer after marriage is settled. The previously planned relationship is canceled. A fashion designer is introduced during a time of extreme psychological conflict. The story of how she instilled a positive thinking in him. Manikandan, who has a good reputation as a writer, took the main lead in this. Satish reportedly played the girl who admired him. She previously acted as the heroine friend in the Telugu movie ‘Hello’.

The third story is ‘Turtle’. This episode shows how the acquaintance between a man named Prakash, who is feeling lonely after the death of his wife eight years ago, and a fifty-five-year-old unmarried woman due to a career made them one. It stars Leela Shamson as the dancer. She’s a really cool dancer. He has played guest roles in many films. Another key role was played by ‘Krav Maga’ Shriram. This is his first film. Sadly, Sriram, who had a very good performance, accidentally fell from the roof of his house on January 23 and died.

The fourth story is ‘Hey Ammu’ in which Sunayana and Samuthira Kani play the parents of three children. The pain that women fall into when life becomes routine is shown through the character of Sunayana. The rest of the story is about how the husband realized that emptiness in the wife’s mind and filled it.

The cast in all four episodes is very natural. Pradeep Kumar Music Awesome… The film runs smoothly from the beginning to the end without any minor trouble anywhere. Every scene in every episode is heart touching. The director showed the people, the positivity in them, as well as the small mistakes we make unknowingly and how to correct them. Surya acted as the presenter for this film. Ramakrishna Veerapaneni brought it before the Telugu people. When I watch this movie, I remember the movie ‘Chandama Kathalu’ which was shot by Praveen Sattar six months ago. Now this kind of anthology movies is getting a good response from the people. It remains to be seen how popular these will be in the theatrical release, but OTTs should consider such a boon.

Anyway హాCongratulations to the Aaha team for providing the ‘orange candy’ that made my mind up this weekend.

Impressive story, articles
The natural acting of the actors
The talent of the director
Background music

Minus points
Not being a name of interest

Bottom line
Sweet film that stretches from a human perspective!