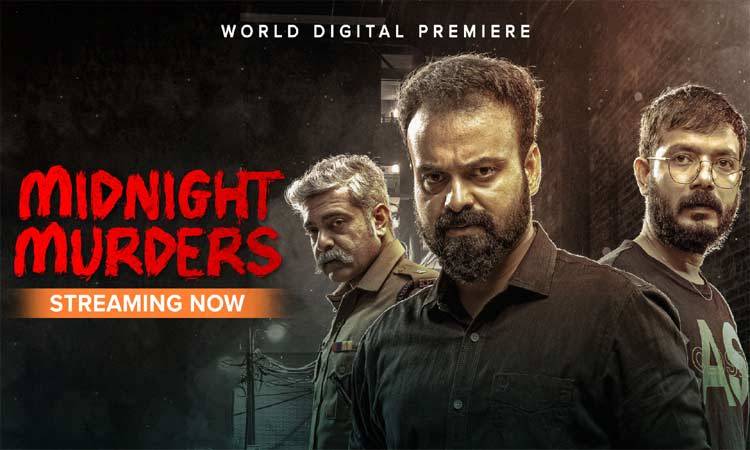 This year’s Sankranthi blockbuster ‘Crack’ movie was streamed on Aaha on February 5th. Aha OTT, which gave a gap last Friday during the streaming of the commercial hit movie, has brought this Friday Malayalam movie ‘Anjam Pathira’ to the Telugu audience. Released on January 10 last year, this suspense thriller movie was a huge success in Kerala. It is in Telugu. Ramakrishna dubbed ‘Mid Night Murders’.

When it comes to the story… Anwar Hussain (Kunchako Boban) is a psychologist. He also helps to solve some cases related to the police. His dream is to get a place as a Consultant Psychologist in the Police Department. His wife is Fatima (Ramya Nambishan). One day, at the request of ACP Anil Madhavan (Jean Joseph), he joins the team investigating the murder case of DSP fan Kaushik. Two or three more murders take place without stopping from there. The serial killer targets police officers and commits brutal murders. This ‘Mid Night Murders’ story is about how the police solved it with the help of Anwar Hussain.

Recently, similar murder mystery films are coming in Telugu. But such films have been made in Malayalam for a long time. However, it is good that the audience there still admires films of this genre. The director can make a film without slowing down the tempo but the audience is fine. If such films are released in theaters, it will be difficult for Telugu people to be patient. But due to టీ OTT such different stories are coming before us. Grandchildren do not bother to spend a couple of hours watching such things on the weekends. Aaha should be congratulated by the Telugu people for bringing such concept oriented movies from foreign languages ​​to Telugu.

In fact, there is nothing new in the basics of this movie. The main theme is how a young man retaliates for the injustice done to his family by the police department. There have been many such stories in the past. But each problem has its own set of problems and solutions. All the director has to do is make it interesting. The director’s approach to this revenge drama is new. It is interesting to note that the serial killers mentality is told by the executed prisoner Funk Ravi, who constantly misleads the police, the accused behaves intelligently and commits cyber crime with his intelligence. The film boldly shows the rapes taking place in the church against innocent women. The church said how the family was strengthened because the Father had committed a vicious act. Such scenes are rarely seen in our Telugu movies. Srinath Bashi as a hacker, Dr. Sharafuddin as Benjamin Lewis and Unnimaya Prasad as DCP Katherine performed naturally.

Director Midhun Manuel Thomas said in the climactic scene that in addition to showing that the perpetrator can be found somewhere, they will also take revenge by taking the law into their own hands if any police officer makes a mistake. Those who love the thriller genre will love ‘Mid Night Murders’.

The whole thing is thrilling!