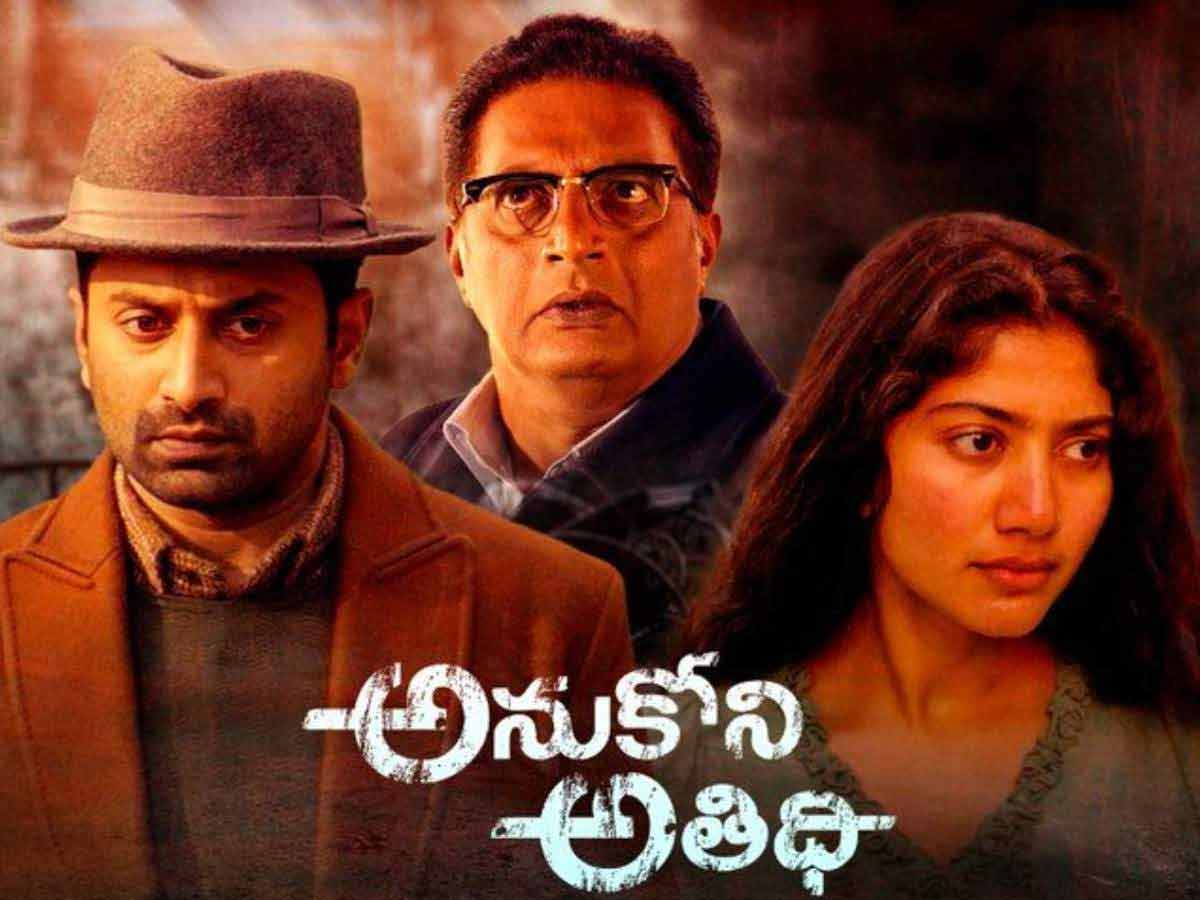 In November last year, the Telugu remake of the Kannada film ‘Karalaratri’ ‘Anaganaga O Atithi’ was streamed on Aaha. Before the murder mystery was forgotten, the latest Malayalam movie ‘Athiran’ was dubbed as ‘Unexpected Guest’ and was streamed this Friday. Let’s find out what this psychological thriller starring Fahad Fazil, Saipallavi and Atul Kulkarni looks like.

This is a story set in 1972. Five years before that, there were four murders in the royal family of Challapalli state. The heiress of that state Nitya (Saipallavai) suffers from autism. All think that she committed those murders. Dr. Benjamin (Atul Kulkarni) from Goa works in a psychiatric hospital in a remote village in Kerala. He tells them that Nithya is his daughter. However, the government sends a psychiatrist named Docart Nanda (Fahad Fazil) from Thiruvananthapuram on suspicion of unethical activities in the psychiatric hospital. What did his research show? Did he always kill his family members? Is there really any unethical activity going on in that mental hospital? Is the story of this film.

In 2019, the Malayalam film ‘Athiran’ was released. It received a mixed response. It is based on an American movie that came out in 2014. Psychological thrillers of this type have come a long way in the past. However director Vivek interestingly led the story. Along with the beauties of Kerala, the ancient mansion, the celery and the greenery will delight the audience. The movie runs smoothly with thrilling elements from beginning to end. The actors are also experienced and have done well in those roles. Most importantly, Fahad Fazil, an autism patient, and Sai Pallavi competed in the role of Dr. Nanda as an expert in calorie warfare. The dialogues are almost non-existent if Saipallavai is the character. Atul Kulkarni played the role of Dr. Benjamin. National Best Actor Prakash Raj shined in the guest role at the end of the movie. Those who played other major roles కపో even if we are not acquaintances do not seem so. Because that’s where the characters appear to us. Leena, Sudev Nair, Renji Phanikar, Shanthikrishna, Nandu, Surabhi Lakshmi and Vijay Menon have done well in the respective roles.

Some loose ends appear when watching the movie as an overall. The director does not show us how the heroine’s aunt died. Nor do they give strong reasons for resentment and revenge between the brothers in the state. Some characters don’t understand why they come on screen and why they leave. Dr. Benjamin, who would bring the paper to the village to work, should also consider it a mistake not to read it. However, none of this is a big deal for the viewer who is immersed in Dr. Nanda’s investigation. In addition to Gibran’s background music, Anu Mothedat’s cinematography also helped. The voices composed by Jayahari and the lyrics composed by Charan Arjun and Madhu Pamidikalva are meaningful. Ayub Khan editing is also good. The words written by M. Rajasekhar Reddy are nice.

‘Unexpected Guest’ is set to release in November last year if all goes as planned. But that did not happen. Producer Annanreddy Krishnakumar is finally ready to stream it on Aaha OTT. But sadly he recently died of a heart attack in Vizag. Krishnakumar had earlier produced the film ‘Sakhiya’ with hero Tarun. Probably with that appendix ఫ Fahad Fazil is said to be dubbing with Tarun. The architectural values ​​are good but in two or three places we find Malayalam writing. It would have been nice if they had been eliminated.

Now we can see the dubbed versions of Malayalam movies. Some movies are also being remade in Telugu. The novelty of the stories they choose impresses us, given the popularity of the films. Those who love thriller genres will love this movie. The tagline for the title ‘Unexpected Guest’ is ‘Beyond’… You will understand if you watch the movie till the end.

Tagline: Take a look at this guest!